I Think She'll Be Scoring....A Lot

Yesterday was the start of soccer.
I know it's kind of late in the season but that's how we roll her on the base.  They press us to have our registration papers and money in by a certain date but then take their time actually starting.
Lael missed the first practice because they needed a family to switch teams to accommodate another family and me being the awesome kind-hearted person I am, volunteered.
Lael will be 7 at the end of October.  I was curious as to whether they would put her on the 7-9 year old team or the 5-6 year old team.
Well they decided to put her with the 5 yr olds.  While some parents may have fought the decision.  I giggled a little.  She's the biggest one out there but she fits right in.
I was amazed at how well she was doing since she hasn't played soccer since she was 4. 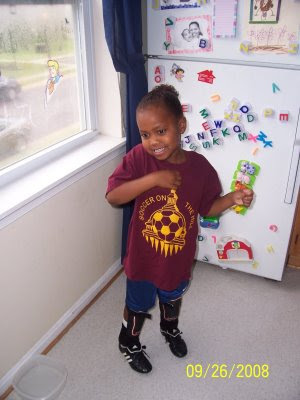 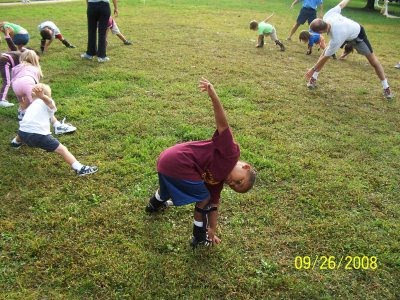 They started off practicing their skillz and then it was time for a scrimmage game. 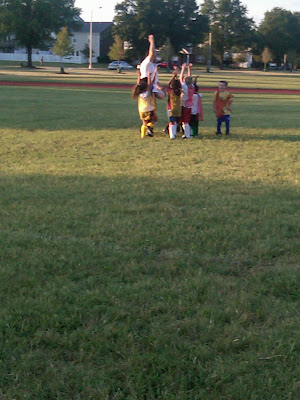 They also took TONS of water breaks.  You can see she took her blue Gatorade serious. 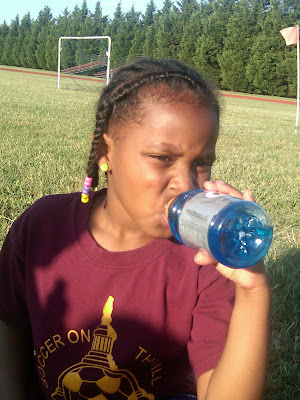 If you look you will notice Lael isn't in this photo.  That's because she was scoring a goal.  She did that about 3 more times.  Yeah. She kinda rocked. Funny because I had to convince her to play this year.  I'm glad I pushed her. She had a blast. 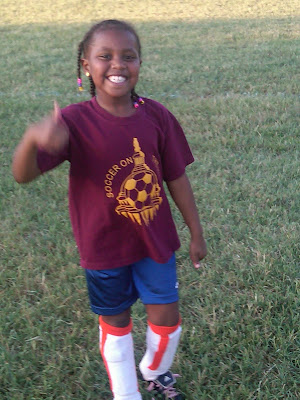 (You notice she's wearing the same clothes as the pictures from 2 years ago....yeah...she's tiny)