The Zoo Plus Two!

It's been a while since me and Lael had a day out to ourselves.

I've taken her to the National Zoo many times before but this was the first time we had been alone.

The night before she was filled with so much excitement she could barely sleep.

When she did get up she waisted no time in getting dressed and geared up.

Hubby dropped us off at the Metro because it’s the best way to get there and for Lael riding the train just added icing to the cake.

We started off with a picture at the entrance. 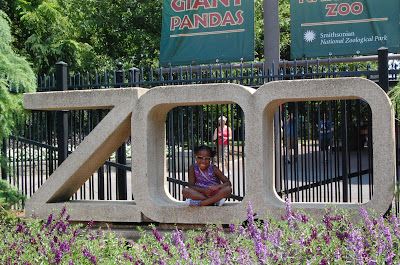 She was so hyped I thought her cheeks would explode! 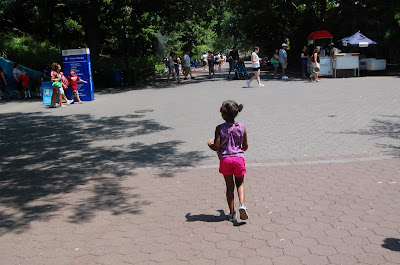 The last 2 times we had been we didn’t get to see the famous Pandas.

Lael searched for them. 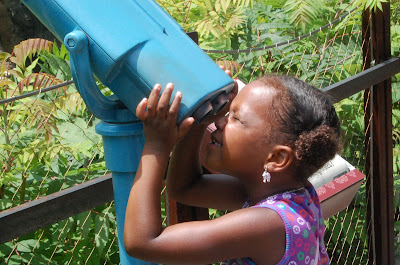 And then we found one! 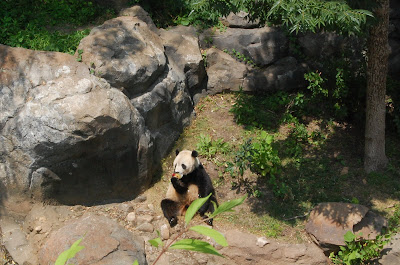 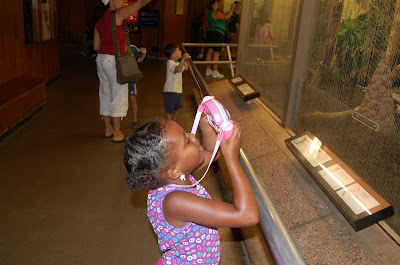 We went to see birds and were lucky enough to catch a Peacock opening up! Beautiful! 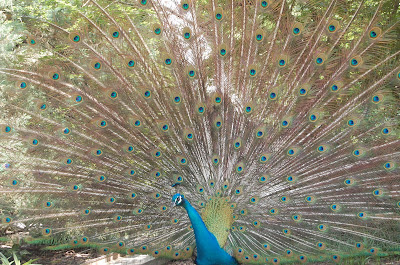 She decided to pose with this bear even though it was on FIRE! 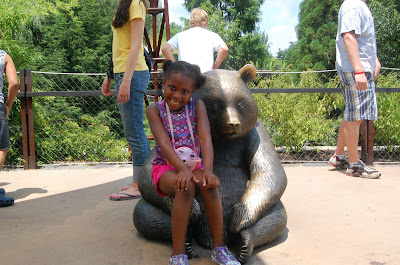 It turned out to be a hotter day expected so Lael took advantage of the sprayers. 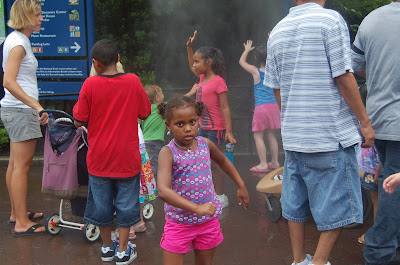 We ended the day with a yummy snow cone. Look how goofy she looks. 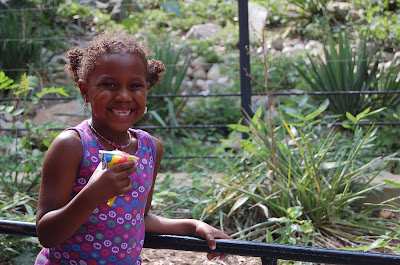 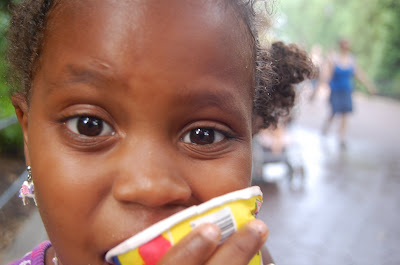 Thanks Lael for spending the day with Mommy. It was refreshing to spend uninterupped time with you and I love you that much more.

Email ThisBlogThis!Share to TwitterShare to FacebookShare to Pinterest
Labels: Just 'Cause, Motherhood, My Child