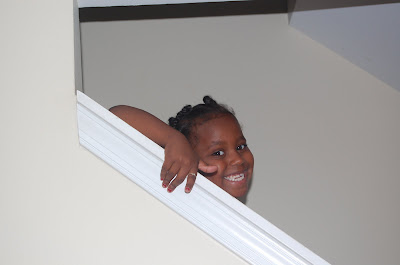 Is that a smile I see? 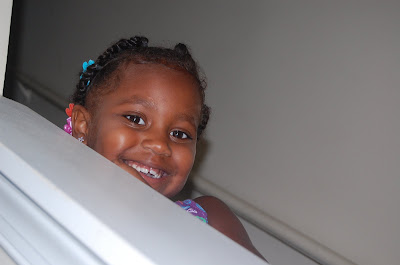 Why is she so happy? 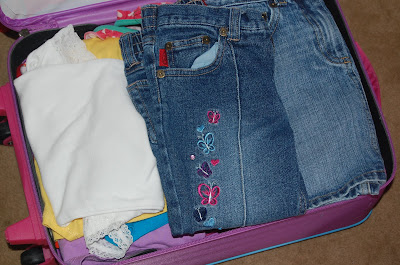 Are those clothes in that bag? 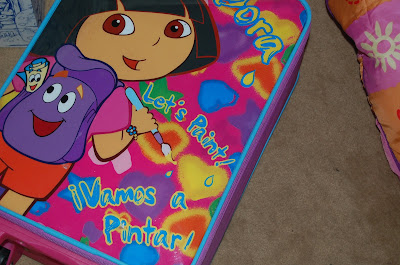 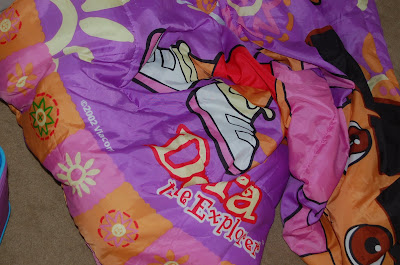 Where the hell does Dora think they are going?

Away. They are going away. Lael, her suitcase, and her sleeping bag. And lord was she happy.
There are times in motherhood where you have to make decisions and pray that you are making the right choice.

I've been luckier than some and have a pretty good relationship with my step-daughters mother.
Our situation has always been unique. When me and hubby first started dating she was already pregnant.

I was there at the hospital when D was a few hours old. I got to hold her and introduce myself to her from the very beginning.

She was officially my first child and I learned alot about being a mother before I was blessed with Lael.
Me and D's mom didn't always have a good relationship but I am glad to say that somewhere along the road we got there.

Don't get me wrong. We aren't BFF's. With situations like this it isn't always easy but we do what we have to for the girls.

She has been an awesome mother to D and has thanked me numerous times for being an awesome step-mother. I take pride in this for it is a trying task.

I believe it was last January or February that D had a birthday sleepover. While I always have a birthday celebration for her when she's with us, this time she really insisted her sister come.

I had to make a decision. Do I send Lael to sleepover. Will she be treated right? It's just 1 night, what could possibly go wrong.

Nothing. Nothing went wrong. She had a blast and was excited to be able to see her sister's house for the first time and all was well.

Ever since that time D has questioned why her sister never get to spend time at her house. I had no answer.
I mean, of course her mother has no obligation to take my child to her house where we she IS obligated to give us hers.

I had no answer to give D. I repeatedly told her one day. One day.

Well my friends. That day came. A few weeks ago, D's mother emailed me and asked if SHE could get Lael for a week.

Mwaaa haaa haaa haaa. That's what I thought within the first few seconds. I would never send my child away for a week. A few seconds later I actually let it sink in.

I had never thought that I would have to make this decision while Lael was so young. But I did.
I told her yes. I let her go. She is there now as I type this and according to her "It's great mommy!"

But I am still nervous. How could I not be. I have sent my child to be with the other woman.

This will be the longest week of my life. But I have trust in her. This woman who has the love of my life. I have faith.