There was a major parent FAIL yesterday.
Long story short. Monday was the first day of school. Yesterday was my jobs annual Family Day Picnic.
I decided to take Lael out of school early to attend. You know, so she could eat, throw water balloons, slide down the water slide, and bounce away in the moon bounce.
Kind of like the last taste of summer before the Fall says hello.
When I picked her up her teacher explained that she would be missing a math assessment that afternoon, but not to fret because she could take it home with her.
Her only directions were, give her all the time she needs but YOU. CAN'T. HELP. HER.
No problem. So I thought.
She was give a worksheet that had 50 blocks random numbers were filled in and the other were blank. Her job was to fill in the blank.
Easy! She can count past 100 so this should only take a bit right? Right?
No.
Words can not begin to explain the level of pain and suffering we both went through during this assessment.
First, Lael still writes some of her numbers backwards. See that? 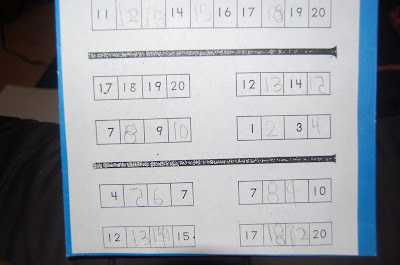 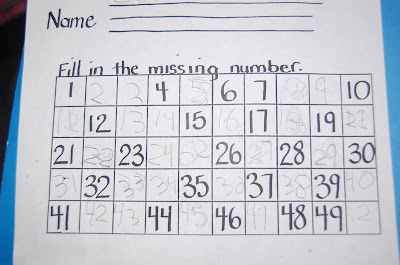 Second, she has warped into some type of perfectionist. Most of the numbers were probably erased and re-written 6-7 times each because they had to be perfect. Just right. Same size and ya know. P-E-R-F-E-C-T.
Third, she did not grasp the concept of MOMMY CAN'T HELP YOU. She needs that encouragement that she is doing it right. All I could tell her was if she thought it was right move on, if she couldn't figure it out skip it and then go back.
OMFG, there were some major meltdowns. Oh, and she freaked out too.
It was not fun. Not at all. 1 1/2 later she finally finished both pages. It was painful. I actually excused myself from the room at one point to explain to my husband that he will now have to take over homework duty.
Apparently I don't have as much patience as I thought.
So what did I learn from all this you ask? Next time I'm leaving her ass at school. Also, teacher don't get paid enough.