Well it's officially over (at least for us).

Lael's baby years are through.

Here she was the first day of Pre-K. 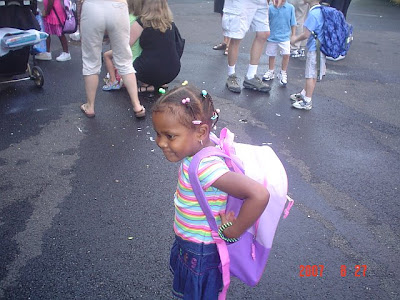 And here she was the first day of Kindergarten. 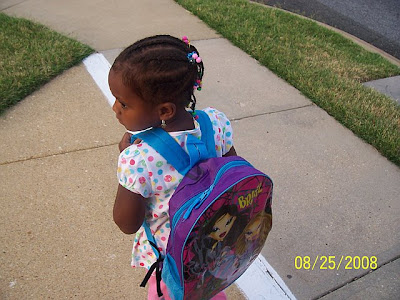 It's amazing how much a child can change in such a short period of time.

I have watched her grow from a grinning baby to a silly big girl.

She has accomplished so much. She can tie her own shoes. Bathe and dress herself.
Buckle herself in the car. Brush her own teeth PROPERLY. Work the DVR (yes people, this one is VERY important). She knows her birthday, her address, and her phone number and will tell you my birthday as an added bonus. She is responsible for letting the dogs in and out. Making her bed. Putting her laundry away. Helping unload and load the dishwasher. Sweeping the kitchen floor and emptying the bathroom trashcans.

What I'm trying to say is that she's ready. What I didn't tell you all was that once I changed Lael into her new school in April her new teacher brought up the idea of keeping Lael back in Kindergarten. Not because she isn't capable of the work, but because of her maturity.

She started school earlier than most. She started Pre-K at 3 which meant that she started this school year at 4 which means what? She will start the 1st grade as a 5 year old. I was distraught at the thought of keeping her back but made it a personal goal to help her mature and she has surpassed my expectations.

Because of her being my only I tend to baby her and I have just began to see how it affects her in other areas. I have to remind myself that she isn't 3 anymore. I have a first grader. I have to treat her as such. As hard as it may be.

Thursday was her last day of school. Well today is the real last day but I decided to pull her out early since D has been here for a week and it's been torture for the 2 of them to have separate bed times. 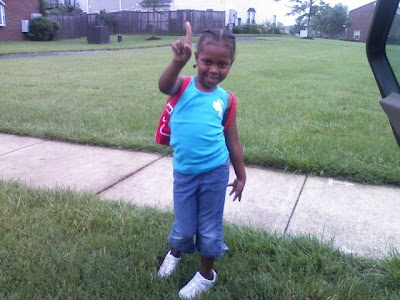 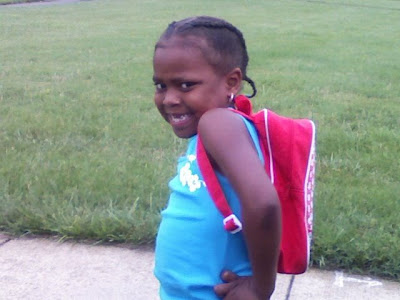 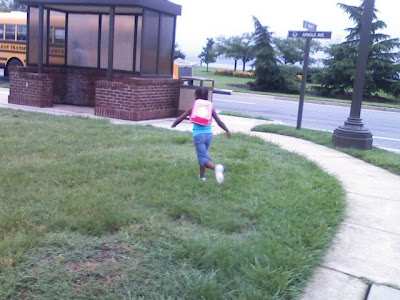 Funny thing. I cried just as much then as I did the first day. I don't know if that will ever change. I don't think I want it to.