Have I told you guys about the wacky Jamaican lady? No? Ok let me enlighten you. The base has tried to cut down on cars on the road and last year they started a shuttle service that picks us up from various locations on the base and transports us to the Metro outside of the base.
This service is really great, it saves me gas and money on parking at the Metro. It runs shifts early in the morning and then picks back up around 4 in the evening. I get off of work at 4:30 and usually get to my stop in time to catch the shuttle leaving at 5.
One of the stops before mine on base is a daycare center on the Navy side of the base. Recently, this Jamaican lady that works there has started getting on the shuttle the same time I'm on.
The first time she got on I thought I would jump out of the van and start walking home. She was loud, obnoxious and her accent annoyed the hell out of me. Her perfume was so overwhelming I usually have to crack the window to stop myself for throwing up in my mouth. She had probably 6 or 7 bags with her and practically threw them on me when she got in. She started ranting and raving about her favorite desert and something about Apple Pie Ala mode, blah, blah blah.....I could have kicked myself for not charging my iPod that day.
For a few weeks after the first encounter she hadn't got on the van so I thought I was lucky and wouldn't have to deal with her again. Wrong. She has started showing up Every. Single. Day.
One day she got on the van and sang our bus driver Happy Birthday, which in any other circumstance would have been sweet but coming from her it made me grind my teeth to keep from screaming.
I started to keep my iPod on me (fully charged) and crank it up whenever she got on so that my music would drown out any hint of her being there. I don't know what is was in particular about this lady that just got right under my skin.
Well today she walks toward the van and of course I proceeded to spin the volume dial in the upward direction. She flings the door open and yells something about pie (again) and shoves a plate of Pumpkin Pie at the driver. She caught my attention so I paused the music to hear what she was going on and on about.
Apparently they were having a Military Appreciation Day at the daycare and she wanted to get everyone on the shuttle a piece of pie. She took everyone's "order" and then ran back into the building. She comes back with 4 whole pies, plates, napkins and forks. I couldn't help but to laugh.
On the way to my stop she sliced pie and started talking about vanilla ice cream and passed plates all around. I giggled to myself a bit because there really must be something wrong with this woman. But is there? Maybe I was prejudging. I'm sure everyone has done it. Maybe she is just a woman who loves children and pie and is confident enough to be herself no matter what her surrounding are. Maybe I could take a few lessons from her.
When I started to leave to get off the bus she tried to give me pie and I refused at first. I took a step off the van and then decided that I needed to open my mind and accept things the way they are. I decided to take a slice of pie...well actually two and when I really looked at the Jamaican lady and thanked her I realized that she was a really nice lady with alot of energy.
Here is what happened to the pie. 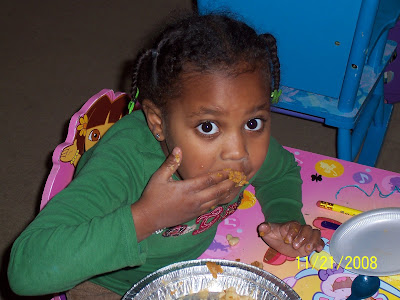 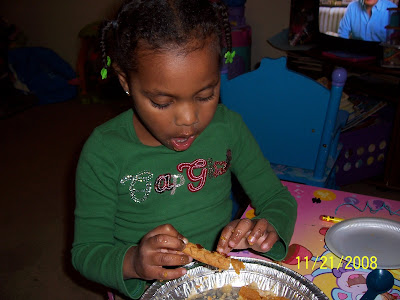 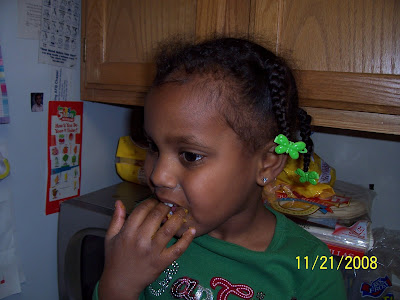 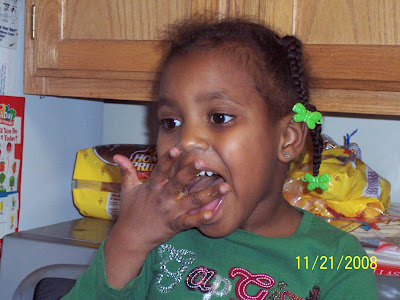 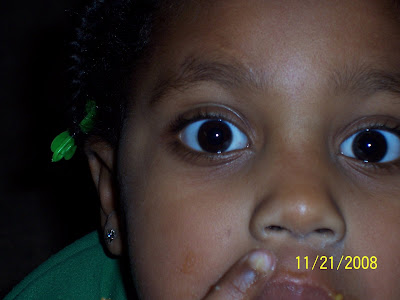 Yeah, she ate her dinner and BOTH pieces of pie. It was also an opportunity for me to try some of MckMama's camera tips. I don't know if changing my ISO made any difference. Do these look less noisy??

Email ThisBlogThis!Share to TwitterShare to FacebookShare to Pinterest
Labels: Just 'Cause, My Child